Posted on March 31, 2015 | Comments Off on Acral lentiginous melanoma: A case and literature review

by Kinna A Patel, DPM1, and Anthony J Ferraro, DPM2

Acral lentiginous melanoma (ALM) of the foot and ankle is an aggressive variant of melanoma. More prevalent in patients with darker skin, ALM is often misdiagnosed and inappropriately treated do to its frequent atypical presentation, poor clinical examination and low index of suspicion ultimately leading to a poor prognosis.

Compounded with atypical clinical morphologies and unusual sites (digits, palms, soles, dorsal, plantar (volar) aspects of the foot and subungual areas), there is frequently a delay in recognition by both the patient and or clinician.   It has been documented that the lag time from initial presentation to diagnosis can be anywhere from 2 months to 30 years with an average of about 13.5 months. The most common reported symptom were enlargement of the lesion (38%) and bleeding (19%) [2]. Of importance to this case review are the misdiagnoses and inappropriate treatment associated with ulcerative and verrucoid melanomas of the foot and ankle.  Verrucoid melanomas are frequently misdiagnosed as warts and are consequently treated with chemical ablation or cyrotherapy. Melanomas presenting with ulcerative characteristics are often treated with surgical debridement, or other inappropriate treatment due to misdiagnosis [1].

It is estimated that up to one-third of ALM cases may be initially misdiagnosed [1,4]. The typical appearance of melanoma as exhibited by the “ABCDE” rule can be difficult to establish in the foot and ankle especially when the nail apparatus is an area of concern. Lesions of interest should be closely observed and promptly biopsied when diagnostic uncertainty exists and therapeutic modalities fail.  As with other forms of melanoma, ALM’s prognosis is determined by the Breslow thickness at the time of diagnosis.

In all of the reviewed case reports, over half of the cases were located on the plantar surface of the foot, with a lesser extent on the subungual region, and even lesser extent in the interdigital spaces [1].  Plantarly, lesion locations were equally distributed between foot, heel, sole and hallux [1].  Consequently, misdiagnosis by the primary treating physician led to a delay in the actual diagnosis and therefore lifesaving treatment. The delay results in the primary reason for the significant depth of the melanoma. Albreski et al reported that half of his reviewed patients in 22 published cases were diagnosed with a Clark level IV or V melanoma, resulting in poor prognosis and outcome.

A case was reviewed from Rosen et al at Baylor College of Medicine [5] that included a 42 year old female who presented for a non-healing lesion of the right plantar heel, outstanding for approximately one year.  The woman was of Scandinavian descent with no significant past medical history, social history or family history.  She denied any trauma to the area.  The patient sought treatment from both her primary care physician as well as dermatologist.

The clinical diagnosis of verruca plantaris was made and conservative measures of treatment included routine debridements with cantharidin solution as well as liquid nitrogen cryospray therapy.  On the proximal portion of the right heel, a 4.2cm x 3.0cm ulcerated nodule was present post-conservative treatment by the primary care physician and dermatologist. After initial presentation one year ago, the lesion demonstrated a central exophytic granulation-tissue-like-mass as well as peripherally scattered small jet-back foci (Figure 1). The surrounding skin was hypopigmented and appeared macerated. 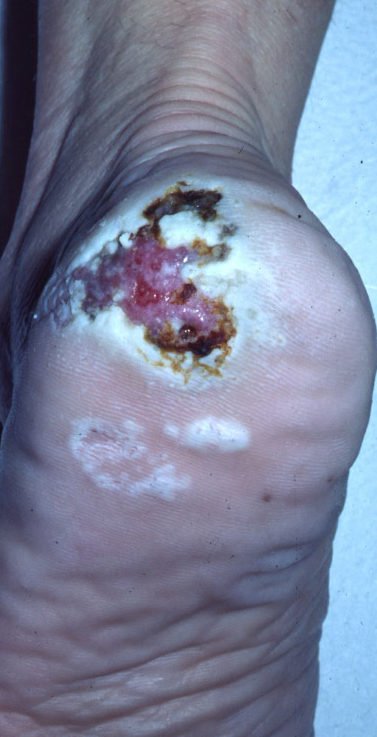 Figure 1 Clinical appearance of lesion after one year [5].

At this point, a potassium hydroxide preparation was taken from the lesion’s edge to test for any fungal activity. The results were negative, so an elliptical incisional biopsy was taken to include the peripheral white area, the central fleshy material, and a focus of dark pigmentation.  Once observed under a microscope, cytologically atypical melanocytes at the basal layer of the epidermis were seen as well as pagetoid spread of melanocytes. Nests of similar atypical melanocytes were found in the papillary and upper reticular dermis. A moderate lymphohistiocytic infiltrate was present at the tumor border (Figure 2).

Complete excision of the lesion confirmed the diagnosis of acral lentiginous melanoma. It was found to be 1.3cm thick and invasion of the subcutaneous tissue was present and diagnosed as a Clarks level V.  The patient soon presented with pain and shortness of breath secondary to widespread bone and pulmonary metastases. Within the next 6 months, the patient fell to the complications of metastatic disease and radiotherapy and biochemotherapy was not effective.

Foot lesions are often neglected by not only patients, but physicians as well. Once discovered, melanoma is never prioritized as a high suspicion. Acral lentiginous melanoma is the most common type of melanoma found in individuals with darkly pigmented skin (natives of Asia, India, Africa, and African-Americans); is also constitutes a smaller proportion of all melanomas found in fair-skinned persons [1]. As seen in the case review, delay of diagnosis by both the primary care physician, as well as the dermatologist, led to a delay in treatment for the melanoma. The most recent survey of ALM indicated that up to one-third may be initially misdiagnosed [1]. In the case reviewed, a lesion on the plantar heel of a Caucasian female mimicked a plantar verruca and was diagnosed as such, even after a year of non-healing. In turn, it led to a year of improper and wrong treatment. Early detection of the melanoma could have altered the prognosis in a life changing way. It is therefore recommended that in all patients age forty and above, regardless of gender or race, a biopsy be performed in all suspected verruca plantaris. In non-healing cases, in patients under the age of forty, a biopsy should be performed almost immediately if any clinical uncertainty exists.

ALM commonly presents in the 6th to 7th decades of life, has a higher incidence in females when compared to males and has a predilection to the plantar surface of the foot (approximately 65%) [2].   When clinical suspicion warrants, the physician should take either an excisional, incisional or punch biopsy of the suspicious lesion. Shave biopsies are contraindicated as they hinder proper pathological assessment of the melanomas depth.

Acral lentiginous melanoma, although rare (< 1% of all cutaneous malignant melanomas), can have a devastating prognosis depending upon the Breslow thickness and size of the lesion.  It is for these reasons that early recognition by the patient and prompt/accurate diagnosis by the practitioner play such critical roles in overall treatment and patient outcome.